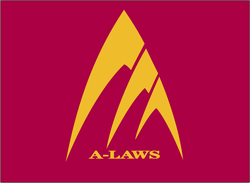 A-Laws (アロウズ, Arouzu), properly known as Autonomous Peacekeeping Force (独立治安維持部隊, Dokuritsu Chian'iji Butai) is a secret military force in the anime, Mobile Suit Gundam 00. The A-Laws, as the name implies, is an autonomous peacekeeping force that the Earth Sphere Federation (ESF) Government formed secretly in A.D. 2311 to wipe out world government dissidents and oppress non-member nations of the world government, all in the name of world unification. Their military structure differ from that of the regular peacekeeping force, as they have more power and autonomy on their operations; they only follow the direct orders of the ESF Government (and as extension, the Innovators (group)). The A-Laws mostly resort in mop-up operations, overwhelming the enemies with their advanced combat technology and sly tactics. Their operations were completely hidden from public until Celestial Being's return in A.D. 2312 (Season 2), when they become more active and more vocal in destroying the paramilitary group along with the world government rebels. They were supported by the Innovators (group), using Veda to hide the A-Laws' oppression from the public.

Retrieved from "https://gundam00.fandom.com/wiki/A-Laws?oldid=4904"
Community content is available under CC-BY-SA unless otherwise noted.